Did someone say beer?

There’s a new kid on the block and the locals are frothing at the mouth.

From the creators of North Perth’s first small bar, The Classroom and the recently opened Lucky Chan’s Laundry and Noodlebar in Northbridge, The Dutch Trading Co. will inject a sense of energy and professionalism into Victoria Park’s hospitality scene.

With room for 150 people, DTC will operate as a popup initially and following a short closure to complete the full renovation, will re-open with a more diverse food and beverage offering including a function area, craft beer growler sales and a larger kitchen.

Co-owner and father-of-three Daniel Sterpini said being a family-friendly and affordable destination for locals was at the heart of what DTC is about.

“Vic Park has been at the top of our wish list for almost five years now – we love the area, its history and where it’s going and can’t wait to be part of its future”, Mr Sterpini said.

“For us, there’s no more exciting precinct in Perth to be part of which is why we’re investing in the area, bringing some of the world’s best craft beers, wines, service and food to this side of the river.”

The first stage of the renovations has seen the kitchen substantially updated to introduce a reasonably-priced European-influenced sharing plate menu, with items such as Dutch frites with tamarind curry sauce and Mamma Larsen’s best ever potato salad with house smoked pancetta, smoked meats and pickled cornichons, Dutch mayo.

But the star of the show will be the beer program starting with a rotating 12 tap line-up, beer sampling paddle offering and retail trade. The fridges will be stocked with a growing selection of over 80 local and international craft beers…all of which will be changed constantly.

Co-owner and self confessed beer geek Joel Beresford said craft beer would be a key focus for the new tavern saying Perth had not yet seen a focus on boutique beers like this.

“There’s no doubt that craft beer is a growing and exciting segment to be involved in but we feel up until now, no venue in Perth has really tried to push the boat out and offer a world-class beer program.” Mr Beresford said.

“We’re thrilled to have some great spirits and boutique wines available but beer is very close to our heart and we want to be the new home for craft beers in WA.”

DTC popup bar will be open Thursday & Friday from 4pm – late and from midday on the weekends. For more information search for DTC on Facebook or contact the venue by email: thedutchtradingco@gmail.com 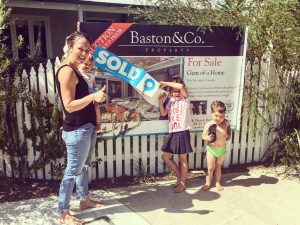 Congratulations to the Hulbert family 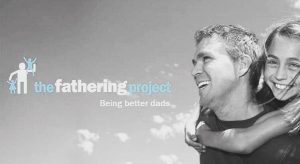 Baston & Co. Property are super excited to be sponsoring The Fathering Project at Victoria 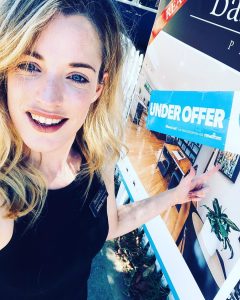 Boom – another one gone!

23A Rathay Street, Vic Park is Under Offer! 🌟 A lot of you may have