Well that was unexpected…

As the rain belts down in mid winter Perth, people hunker in their homes wishing for sunshine.

Meanwhile just over the Darling scarp the same rain has farmers swinging contentedly on kitchen chairs coffee in hand, too wet to work, it’s the rain that they have been waiting for.

It is amazing when change comes how it affects people differently.

Change comes in many forms, but fundamentally it is the change that is beyond our control that affects us most deeply.  The unexpected.

Humans are wonderful creatures but on the whole we are creatures of set expectations.  We build our framework of the world and if all goes well we are happy and satisfied.  But if one of the pillars of our reality is shifted then most go to water.

We see this daily.  As jobs are lost, marriages fail, the rain doesn’t come, a family member passes away unexpectedly.

As a real estate agent often we are late on the scene to play our part in people moving forward. But more important than the house sale that is facilitated, is the watching (and learning) how different people deal with life’s speed bumps.

The one thing I’ve learnt is that from change comes opportunity. New perspective.  People survive, and ultimately overcome.  As a keen observer of human behaviour it is a wonderfully positive narrative that plays out time, and time again.

I spoke to someone on the phone yesterday.  A year before a sudden bereavement of a partner had left this corporate high flyer anchor-less.  When I spoke to him back then the world was an empty place.  Now he is reinvented. Based in Bali. Learning to be a spiritual healer whilst contracting at a corporate level in the region.  And he is content, rebuilding his new reality.

In 16 years of dealing face to face with people often at this pivotal point in their lives, I have observed numerous private stories, that start with the unexpected and unfortunate and end with happiness and success.

As the beginning of the up-tick in WA plays out, I am seeing people make decisions that will affect their lives. Dealing with unexpected change. Sellers sometimes selling for less than they paid for their property. Painful, but invariably this decision allows them to move on, to tackle life’s next goal. Equally in this very same environment, I am seeing people buying with belief that the time is now to stake a claim. Undoubtedly some of these people will set themselves up for life off the buying opportunities that exist today.

Unplanned change as difficult and unattractive as it can be, is also the catalyst for new and fruitful beginnings.

I was going to end this blog with a suitably pithy quote from a suitably eminent historical figure. But I found one that was un-credited that I liked.

Stop looking for happiness where you lost it.

Personally I run with a slightly more blunt version, SUMO – Shut Up, Move On (I have to admit this is not my term but is the title of a fantastic book by Paul McGee – promoted as “the straight talking guide to succeeding at life”).  It is the sledge hammer reminder that the past is past and only you can determine the future.

My son’s footy coach has his own version that works for 13 year olds and adults alike.  “Who can change the game?”, he asks every game at some pivotal point, and the kids know the answer, and they all look him in the eye and say “the bloke in my jumper”.  They get it.

So remember almost all life’s success stories come from a position of sudden unexpected and unwanted change.  There are plenty of extreme examples – never think that the Twiggy Forrests of the world or the Richard Bransons didn’t face this type of negative event repeatedly. They did. And they changed, shifted perspective, and got on with it. 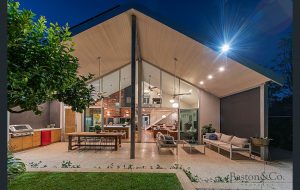 When the shoe is on the other foot 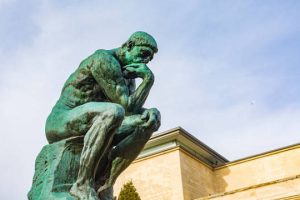 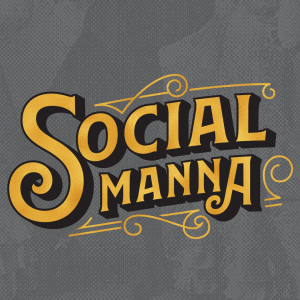